For stations, producers and press only

Use this icon to open the menu in any section 
Create WORLD Find a station near you 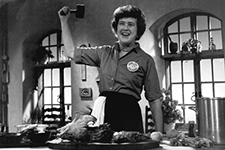 APT has also distributed notable drama series over the years that have become popular favorites with viewers through their visibility on public television, including Ballykissangel, Doc Martin, and Midsomer Murders.

APT has also made technological strides on behalf of public television, offering the first high-definition series on public television, Smart Travels — Europe with Rudy Maxa in 2001; playing a role in the public media system’s transition to file-based delivery and processes as a member of the ongoing sIX Interconnection project; the acquisition of linear live streaming rights for APT content to help expand public TV stations’ reach via YouTube TV and other websites; and launching the APT in Passport streaming initiative to provide digital access to APT content as a benefit to local station members. 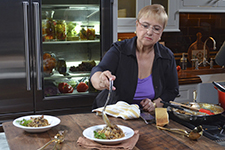 Our diverse catalog — representing nearly 7,000 hours of programs — provides stations with the flexibility to customize their broadcast schedules to meet local interests and demands. Each year, APT offers public television station programmers nearly 250 new and returning series and specials through a mix of teleconferences (fed via satellite and streamed on our website) and an on-site screenings at its annual Fall Marketplace meeting.

APT counts among its talent some of public television’s most recognizable faces, the hosts viewers know and trust — including Rick Steves, Lidia Bastianich, Christopher Kimball, Miranda Esmonde-White, Steven Raichlen, Martin Yan, Ming Tsai, Samantha Brown, and many, many others.

With a staff of nearly 40, APT continues to hold an important position as the second-largest distributor of programming to public television stations across the country.

In 2006, APT launched the national Create® TV channel featuring the best of public television’s lifestyle programming. On any given day, Create treats DIY buffs to This Old House and A Craftsman's Legacy. Food fans will feast on Lidia's Kitchen, Pati's Mexican Table and Jacques Pépin: Heart & Soul. Wandering souls will find themselves captivated by Rick Steves' Europe, Samantha Brown's Places to Love and Richard Bangs’ Adventures With Purpose. Budding artists and crafters will appreciate The Best of the Joy of Painting and Fit 2 Stitch. Create is produced and distributed by APT, The WNET Group and GBH Boston in association with NETA and PBS. For more information, visit CreateTV.com.

In 2007, the same team involved in Create® TV launched the public affairs and documentary channel WORLD℠. Thanks to funding from the Corporation for Public Broadcasting (CPB), the channel underwent a major transformation, expanding to a multi-platform offering. WORLD shares the best of public media in news, documentaries, and fact-based informational programming that helps us understand conflicts, movements and cultures that may be distinct from your own. WORLD is produced and distributed by GBH Boston, The WNET Group and APT in association with PBS and NETA. For more information, visit WORLDchannel.org.